📬
Sign Up to stay on top of  Marketing evolution

Here's your door to the future of Marketing. Get access to unique case studies and expert perspectives about Marketing and Artificial Intelligence.

Thank you! Your submission has been received!
Oops! Something went wrong while submitting the form.
MARKETING STRATEGY

Amazon and Google are fighting hard for the control the Consumer Journey. Who will win?

oogle has a long history of imitations as a defensive strategy, but its attempts  weren't always successful. One of the most recent attempts at copying someone else’s business, Google +, is company’s greatest failure to date. There are many reasons behind its demise, but the most evident was the lack of integration in Google’s ecosystem and a pretty pointless user experience. As one of Google Plus’ main designer put it recently, the only goal was to copy Facebook, and do it fast, without focusing on designing a new, useful experience. “None of it had been made with the consideration of all the products in the Google ecosystem”, he said. “Just a bunch of ‘UX designers’ not caring about the actual customer experience. Just focusing on their silos because that’s how you complete tasks and play the game”.

"Google accounts for 93% of the total reviews about restaurants and other social venues, outnumbering former leaders like Yelp and TripAdvisor."

‍
This is not what happened when they created their own flavor of consumer reviews, though. The feature is so well integrated in the broader Google user experience that people are using the feature almost unconsciously; and yet the volume of consumer reviews has massively grown in the last years. According to our most recent data, Google accounts for 93% of the total reviews about restaurants and other social venues, outnumbering former leaders like Yelp and TripAdvisor. If we include all the retail businesses (e.g. pharmacies, drugstores, etc.), Google is getting close to a 100% coverage.

Google initially launched the reviews feature to enrich their Google Map local search services. After the initial positive response from users, and under the pressure coming from competition with Amazon and Facebook, in 2014 Google started to aggressively ask their users to write reviews, to the point that their Reviews Quality Ratio (RQR, a MASSIVE metric to assess the probability of real vs. fake reviews) plummeted to a mere 41,4% , compared to the 97% of Yelp and Trip Advisor.

Later on Google started introducing reviews to a lot of additional categories, from books to computers, with the purpose to improve the general search experience both for users and advertisers. Should Google succeed to seamlessly integrate reviews in every search, they will step directly on Amazon’s toes, and change the online shopping experience for good. So let’s have a closer look at Google’s strategies, and why they are putting so much energies in promoting consumer reviews.

Why reviews are a centerpiece of Google’s strategy

Big Tech companies now control the digital life of billions of people, thus becoming the most valuable companies globally. For the sake of simplicity we will focus our analysis here on Facebook, Google and Amazon. To understand why these companies are so successful we must take a look at the modern Consumer Journey (a model we have extensively explained here).

The Consumer Journey is a cognitive model of human interaction with markets. Whether it’s a product, a service or mere information, and regardless if there are economic transactions involved, the model shows the path human take to make their choices and share them with the world. Let’s see how the three Big Tech players are positioned within this context.

‍Although Social Media play now an important role in our lives, their influence is exclusively limited to the AWARENESS phase. Facebook didn’t manage to successfully integrate e-commerce in its platform, and probably never will. There’s an unavoidable clash between a UI designed for human interaction and dialogue, and one designed for e-commerce and information retrieval. This difference of UI approach is behind Google’s failure at building its own social graph, but it could be the very reason why Google might succeed at fighting Amazon on e-commerce (logistics apart). Looking at their strategy and the most recent acquisitions, we don’t see Facebook playing the Consumer Journey game in the future. They look much more interested in being in control of direct human interactions.

Google currently plays a key role in the AWARENESS phase of the consumer journey just like Facebook, but its information retrieval capabilities make it a better choice for those who want to step into the CONVICTION phase of the journey. In other words, consumer who are searching for a product or a service use Google, not Facebook; that’s what search is really for (see Google’s Zero Moment Of Truth).

The model above shows how Amazon exerts a far larger control over the journey than any of their competitors (the same could be said of AliBaba, of course). Amazon was originally born as an ACTION player, i.e. an e-commerce platform where to find and buy products. Thanks to the introduction of consumer reviews, Amazon slowly expanded its control over both the EXPERIENCE and the CONVICTION phases. Consumer Reviews are in fact today the most powerful content used by people for Consideration and Preference; that’s why a growing number of consumers are now going directly on Amazon to search things. And this is why Google’s biggest competitor is Amazon, not Facebook.

What are Google and Amazon objectives for the future?

Amazon is clearly headed towards total control of the Consumer Journey. They recently launched their Advertising business, which last year topped $10Bn already, and they are moving their first steps into Market Research, an area where they could potentially become global leaders in just a few years. It is true that they are selling advertising on their network only, but it is also true that advertising in the ACTION phase is extremely effective, as consumers are already in shopping-mode.

Google, on the other hand, has a long way to go to control the Consumer Journey, but as an information-focused company, with great skills in UX and data retrieval, it might succeed in the long run. That’s why Google is investing so much in consumer reviews. Consumer reviews are Google’s opportunity to gain control over the whole CONVICTION and EXPERIENCE phases, at least for the categories they cover. In this moment, Google covers mostly retail reviews and Amazon covers product reviews. But this is why Google has just launched its Google Shopping service. They are not after e-commerce money; what they are really looking for is to close the gap over the Consumer Journey of physical products too, before it’s too late. Google Shopping theoretically allows them to create a seamless information retrieval experience, from Awareness to Experience, using consumer reviews as the connecting glue.
‍

When it comes to local search where Map services are key, Google has already won the battle — they own the entire consumer journey. But when it comes to product searches, where Amazon is the current undisputed leader, it might be more difficult for Google to succeed and keep consumers’ in their ecosystem. Simplicity might be the discriminator here, for good or worse. Google’s ability to design simple, uncluttered UX could work in their favor, as Amazon’s interface grows more complex and confusing by the day (although new generations seem to love it). But simplicity could also mean less information depth, which would hinder the e-commerce experience.

Google and Amazon are fighting the ultimate battle for the ownership of the Consumer Journey. We don’t know who will win, although Amazon seems to be very much ahead of its competitors. But one thing is for sure; who owns the consumer reviews will own the consumer journey. This is why Google is investing so much resources on them, and this is why B2C companies who want to succeed must start using Consumer Reviews Analytics now, or be blind to the tectonic shifts that are happening, both in consumer behavior and market structures. Information is power. And as the futurist Toffler predicted in his seminal work Future Shock, it has become the predominant source of power in society today.

Join Our Newsletter and Get the Latest
Posts to Your Inbox

Advice to the cigar industry: listen to what your consumers are saying 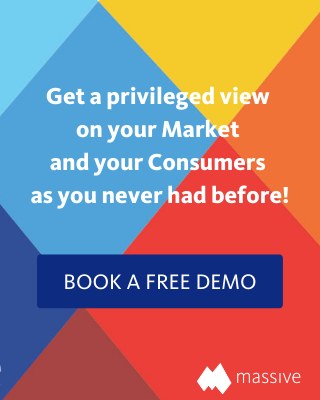